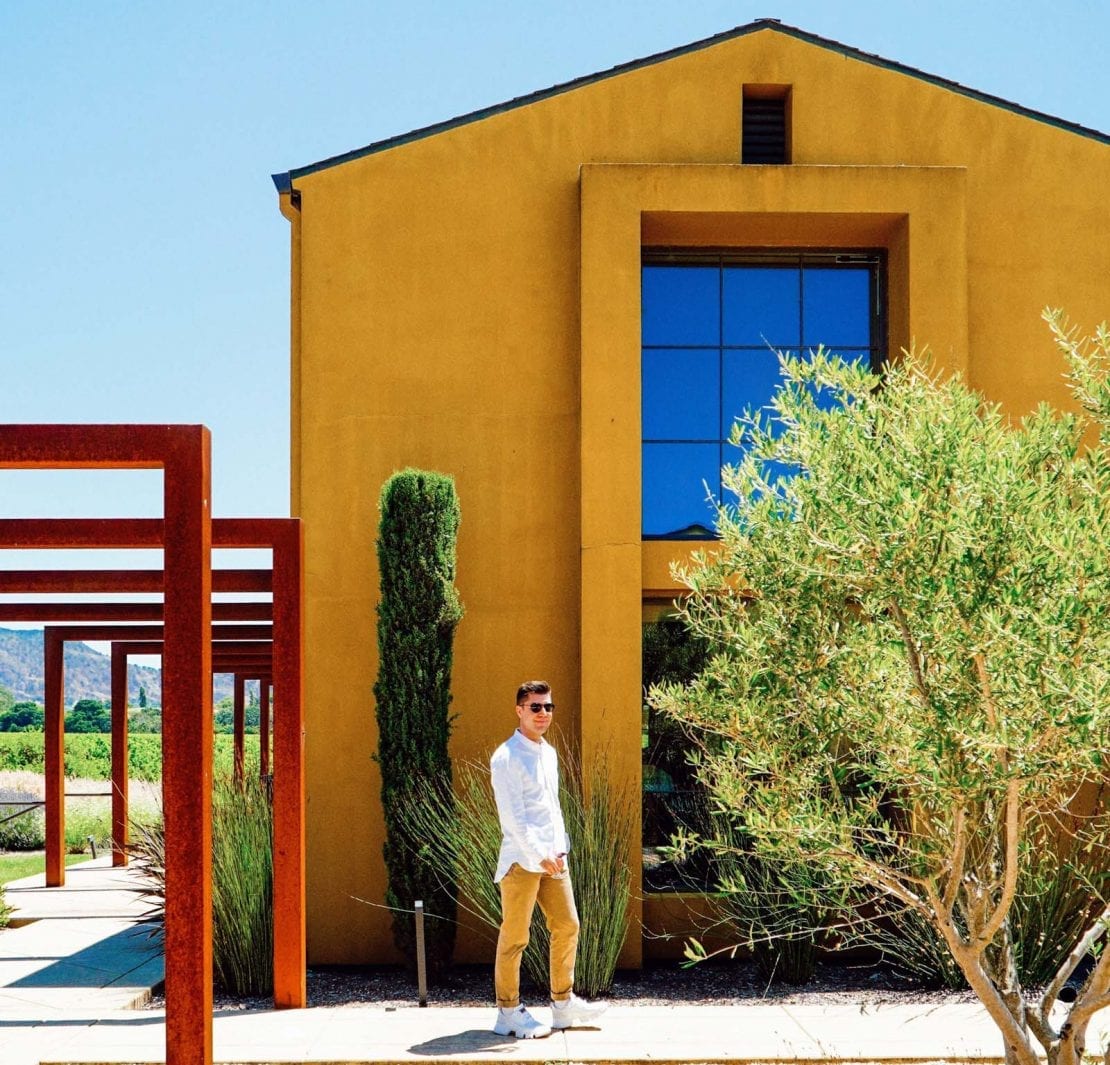 Over the years, I have spent dozens of weekends in Sonoma County’s Wine Country. Each time I visit, I discover at least one new place or experience to add to my “Sonoma Must List.”

Most recently, I visited Patz & Hall’s winery and tasting room — only a mile and a half off the Sonoma Square, but seemingly worlds away. Having tasted my way through some of the best Sonoma wineries, I wish I had visited Patz & Hall sooner.

Keep reading for details on a complimentary wine tasting for two at Patz & Hall, one of the best wineries in Sonoma.

It was a warm summer day when I pulled into Patz & Hall off Eighth Street in Sonoma for a Bastille Day fête and wine tasting. The entrance to this Sonoma winery is grand and dramatic. A long driveway lined with cypress trees and surrounded by vineyards leads up to The Sonoma House, Patz & Hall’s modern and architecturally stunning winery and tasting room. I immediately felt transported to somewhere in Tuscany and knew I was in for a luxurious treat.

Upon arriving, I had the pleasure of meeting Patz & Hall co-founder and winemaker, Mr. James Hall, who shared the Sonoma winery’s story with me. Founded in 1988 by Mr. Donald Patz, Mr. Hall, and their wives Heather Patz and Anne Moses, Patz & Hall quickly became one of California’s most highly regarded wineries for its single-vineyard Pinot Noirs and Chardonnays.

As owners of a small, family business, the Patzes and the Halls made a commitment to developing strategic, meaningful partnerships with the most exceptional family-owned farms and growers in the region. These close, personal relationships became a key ingredient to this Sonoma winery’s success. Grapes are sourced from vineyards across multiple Northern California American Viticultural Areas (AVA), including the Sonoma Coast, Carneros, Russian River Valley, Mendocino County, and Santa Lucia Highlands. In April 2016, Patz & Hall was acquired by Ste. Michelle Wine Estates, joining a portfolio of esteemed estate wineries, including Stag’s Leap Wine Cellars.

After sharing his story with me, Mr. Hall sabered open a bottle of Patz & Hall’s 2013 Brut Sparkling from the North Coast. We toasted and sipped on bubbles while strolling the grounds and taking in views from the winery’s back patio with picturesque vineyard views backdropped by the Mayacamas Mountains.

The 2016 Hyde Vineyard Chardonnay instantly became my new favorite Chardonnay. Malolactic fermentation gives this delicate Carneros wine the rich, buttery Chardonnay taste I love. I had to take several bottles of this Patz & Hall Chardonnay home with me.

With 23 other vintages in production, I barely made a dent in Patz & Hall’s current library of wines. I am looking forward to future visits to this luxurious Sonoma winery to taste my way through this list, and am excited to share the experience with you — for free. Email amanda.daighton@patzhall.com and let her know Kyle Legg – The Cosmopolitan Man sent you. She will arrange a complimentary Sonoma House wine tasting ($35 per person) for you and one guest at one of the best wineries in Sonoma.